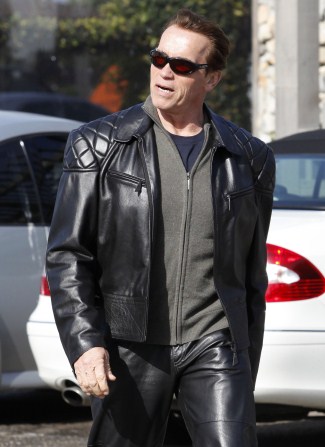 The actor-turned-politician – who shot to fame by winning the Mr. Olympia bodybuilding title a record seven times and appearing in the documentary ‘Pumping Iron’ – used to put posters of his muscle-bound heroes up in his bedroom, much to the confusion of his parents.

The ‘Terminator’ star – who is married to Maria Shriver, the niece of late US President John F. Kennedy – is quoted by the New York Daily newspaper as saying: “My mother thought there was something wrong with me when she came into my room and saw pictures on my walls of half-naked men covered in oil. My mother said, ‘Shouldn’t there be pictures of girls on your walls?’ My parents thought I was a little wacky."

Austrian-born Arnold – who has been the Governor of California since 2003 – has also revealed the thing that gets him most excited is the United States of America.   When asked "What turns you on?" by writer-and-actor James Lipton at the 2010 Riverkeeper Benefit at Chelsea Piers, in New York, on Wednesday night (14.04.10), he replied: “America."   The 62-year-old star – who was honoured by the Riverkeeper Organisation on the night for his leadership on climate change – also revealed his favourite sound in the world is "water”.  Photo: Fame Pictures