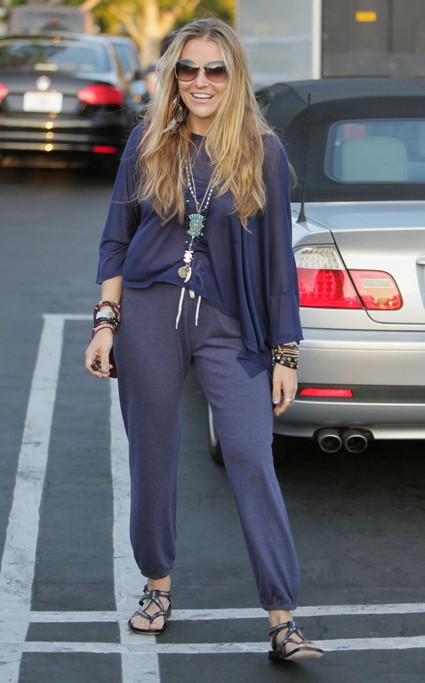 Charlie Sheen’s estranged wife Brooke Mueller will reportedly take part in a reality television show with Paris Hilton.   Brooke Mueller – who has 17-month -old twin sons Bob and Max with the ‘Two And A Half’ men actor – has left the children in Charlie’s care while she films the “lifestyle-themed” show with the socialite.

A spokesperson for the 29-year-old real estate investor – who has previously received treatment for alleged drug addiction – insisted her current absence from her Los Angeles home is due to preparation for the show, says she is in an “intensive, physical fitness programme in Southern California” adding that she is not in rehab or any type of “stress management facility.”

Earlier this year, Brooke – who split from 45-year-old Charlie after he was arrested during the festive period over domestic violence allegations – said she is feeling better than ever after receiving help for her problems.   She said:

“Mentally, I feel really clear and spiritually, I feel really connected. I’m doing good.   “I want to put my priorities straight, and to focus on doing the next right thing in front of me. As long as I do the next right thing, I’ll be all right   “I’m hiking, listening to music, reading, going to bed early – and waking up early and just being healthy. And juicing. I love my juice bar.”

It is unclear what role Paris  will play in the programme but we are not sure it is a good idea for Paris to get mixed up with Brooke.