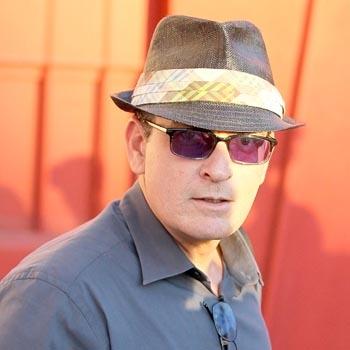 You cannot keep Charlie Sheen down!  He likes his hookers, his drinking and his partying and he is not giving them up anytime soon!  Charlie, 45, decided to miss time with his brother, his ex-wife and his daughter at Christmas so he could continue the good life of partying.  Charlie is not as young as he was and if he does not start to get his life under control eventually his body is going to make him calm down.

Radaronline further reports: “He skipped going to his brother Emilio’s, didn’t show up at Denise Richards‘ house and also skipped seeing his daughter Cassandra.   He’s back partying again, although it’s tough to say he’s back partying because he never really quit!”

Unless something happens to scare Charlie why should he stop – he has no motivation?   He thinks he is having fun and he has the resources to keep doing it as long as he wants or as long as he does not kill himself.