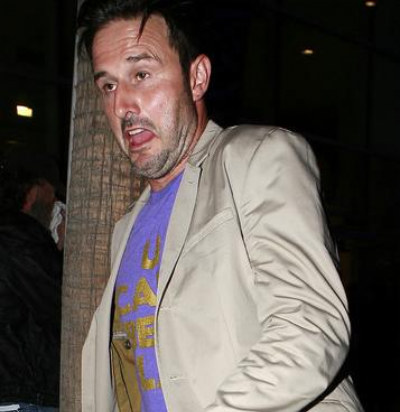 In a weird twist to their separation, apparently Courteney Cox knew exactly what estranged husband David Arquette was going to say when he went on the Howard Stern Show yesterday.

He was as candid as possible when telling Howard that Courteney said she didn’t want to be his mother anymore. He also stuck his foot in his mouth saying that the twosome weren’t having sex, yet he banged Jasmine Waltz after he and Courteney separated.

He also said that he hoped to reconcile with her, which I don’t think is really likely to happen. I’m more surprised that she was in on it, than anything else at this point. Reportedly, she was fine with what he was going to say, but he later said that he shared too much information.

But here’s a twist … David just tweeted he “shared too much” on the Stern show, adding, “It’s alright for me to be honest about my own feelings but in retrospect some of the information I provided involved others and for that I am sorry and humbled.”

What do you think of the situation? Do you think she should or will take him back???