Dancing With The Stars Live Blogging – It Is Movie Night!

BY Annemarie LeBlanc on April 19, 2010 | Comments: one comment
Related : Dancing With the stars 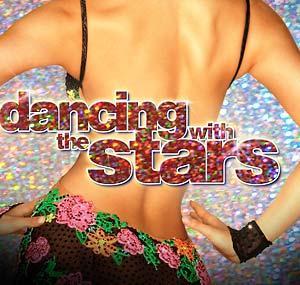 Each of the couple is dancing to songs from hit movies.

Up first dancing the jive to the theme song from La Bamba – Niecy Nash with Louis Van Amstel  – my first problem is her costume she looked like big bird.  Other than that she has a lot of personality.  Len said "You can see the personality in her dance & there was a lot of bounce in your bazooka but not much happening below."  Bruno said "There was so much jiggle on the upper deck you did not notice the bottom."  Carrie Anne said "You are the shimy Queen."

Chad Ochocinco with two time champion Cheryl Burke dancing the quick step to the theme song from Jungle Book.  My only comment about Chad was he is HOT sizzle.  They are hinting at a romance going on with Cheryl & Chad but it is probably just to get more attention for the show.  About their dance Len said "Bright & Lively – you did your best" Bruno said "Quick Step in the Jungle – you lost the refinement" Carrie Anne said "It was strange & uneven"

Erin Andrews & Maksim Chrnerkovskiy dancing the jive to the theme song from Pulp Fiction.   I really like them they are the best we have seen so far lots of energy.  But again they are alluding to a romance between Erin & Maksim.  Give it a break DWTS…. Erin looked great.. love her costume – it really had the essence of Pulp Fiction.  About their dance Len said "It started out slow no punch and then you kicked it.  It was a difficult routing occaisonally it got a little hectic but it was good."  Bruno said "Erin you got that magic!  Best timing ever – you never went wrong. " Carrie Anne said " I like it you delivered the story.  it would have been better if you had relaxed."

Jake Pavelka and Chelsie Hightower dancing the Cha Cha to a song from Risky Business.  Jake starts off saying he looks like Tom Cruise – NOT!  Well my first thought when he came out was okay no pants on hmmmm – but he put them back on – I was almost wishing for a wardrope malfunction.  The dance was good lots of energy but a few slip ups.  About the dance Len said "You come out 100%.  In love the feeling of fun.  Pity you missed a few steps.  Well done"  Bruno said "You cheeky bugger.  Why did you put your pants back on?  Your energy is incredible.  Carrie Anne said " They say no guts, not glory.  You have the guts, now you have the glory"

Pamela Anderson and Damian Whitewood dancing the to the title track from the movie 9 to 5.  Pammy was Pammy lots of personality.  I liked it – she really brings the character to the dance.  About the dance Len said "You got the movie mixed up.  I can’t stand all this too much messing around.  What little you danced I liked"  Bruno said "  Pamela or should I say Dolly you always get the character right.  Good Job!"  Carrie Anne said " The character is amazing.  I would like to see you on Broadway."

Kate Gosselin and Tony Dovolani dancing the foxtrot to the them song from The Breakfast Club.  Let me start my rant I cannot abide by this women.  So I am going try to be nice.  This women dances with 0 emotion.  She is like a robot.  An emotionless fish.  ughh  About the dance Len said "It was neat & precise.  It was really not a dance it was a stroll.  You have to dance more"  Bruno said "  Tony could have had more life in a coat hanger.  It is not good enough"  Carrie Anne said " There is some sort of grace developing.  I will give you credit for that"

Nicole Scherzinger and Derek Hough dancing the Tango to a song from Pretty Women.  First question here is why is Nicole in this competition she is a professional dancer.  Not fair!  So she was good no surpise – exactly what I would expect.  About the dance Len said "The was your best dance.  The best dance of the season."  Bruno said "Perfection" Carrie Anne said "the lines were incredible – you could have taken a snapshot and it would have been perfect!"

Evan Lysacek and Anna Trebunskaya dancing the Rhuma to the theme song from Armageddon.  I love him – he was great.  About the dance Len said "Artistry, Musicality.  You got the hip action. Great Job!"  Bruno said "Your top lines are exquisite they are superb.  Your hip action is better – just superb!"  Carrie Anne said "Beautiful.  Your hip action is fluid".

Well Movie Night has reached the final frame.  Nicole & Derick are at the top.  and Kate & Tony are at the bottom.  It was a good night – I liked that they danced to movie themes.  My final rant of the evening is Brooke.  They need to change her she is so wooden.  She was not a good choice.  I can only hope next season she is gone!

Anyway the evening is over…. have a great rest of the night!  Hugs to All Annemarie (Robyn’s Mom)