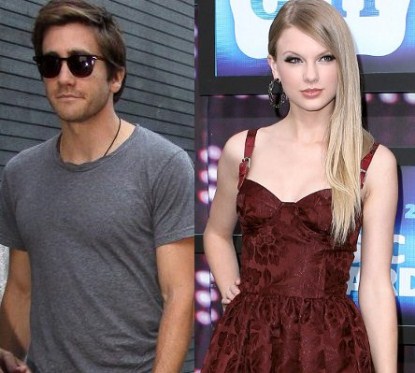 When it comes to wooing girls Jake Gyllenhaal, 29, is an expert.  No cheap flowers for Taylor Swift, 20.  Apparently Jake swept her away for a romantic time in London where he is promoting his new film Love And Other Drugs.  Jake is staying at The Dorchester in London and allegedly the two were locked up there until yesteday when Taylor was scheduled to perform at  the first ever Radio 1 Teen Awards.

The Sun UK reports:  Jake wanted some quality time with Taylor. If he hadn’t done this, they would have missed each other as he had to fly back to the States. He hired a jet which would easily have set him back £100,000.”

Neither of the two have confirmed or denied their relationship.  Taylor’s previous loves have been John Mayer and Taylor Lautner while Jake previously dated Reese Witherspoon and Kirsten Dunst.  What do you think are they dating?