Eminem’s Comeback Single, “Not Afraid” Is An “Uplifting” Song 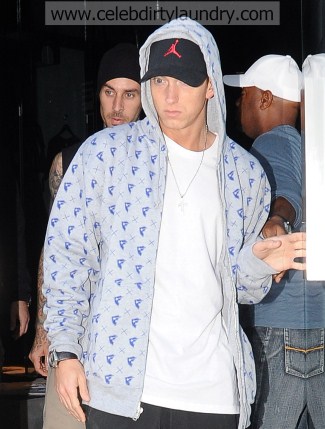 The rapper’s new track from his forthcoming ‘Recovery’ album will be debuted on radio at the end of this week and showcases the new, more positive, outlook of the star which prompted him to re-make and re-title the album.

Originally Eminem had planned to release a sequel to last year’s dark ‘Relapse’ album – which told of his battle with drugs and near death from an overdose – called ‘Relapse 2’, but after working on more tracks settled on the new title.
His manager, Paul Rosenberg, told Billboard.com:

“The song is more accessible to more fans. Eminem had pretty much completed a whole second album worth of material but at some point he took a step back, looked at it and said, ‘I think I want to record some more.   "But in recording, the album started to sound so different and was going in such a different direction that he decided to keep it going and turn it into a whole new album. The last album was really for the core Eminem fans. I think this record will open that up a bit."

Eminem said of his decision to change tack on the album: “"The music on ‘Recovery’ came out very different from ‘Relapse’, and I think it deserves its own title.".   ‘Not Afraid’ was produced by Boi-1da, and other producers to work on the album with Eminem include Dr. Dre, Just Blaze, Jim Jonsin and Mr. Porter.  Photo: Fame Pictures