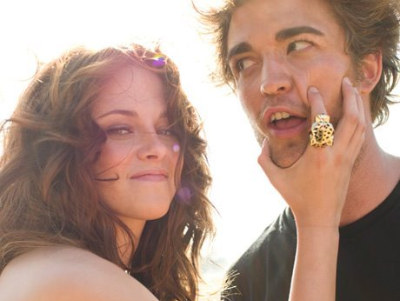 I smell a cat fight!!

According to reports, Kristen Stewart is worried that Emma Watson is trying to steal boyfriend, Robert Pattinson away from her.

Rob is said to have landed himself a role in new movie, Dark Arc, opposite Emma….and that’s got Kristen’s panties in a bunch.

A source told the celeb gossip mag: “Like all girls, Kristen can be very jealous and possessive, and in her mind Emma poses a threat.”

“Rob has commented before on how cute he thinks Emma is and Kristen worries that he would have more in common with her because she’s British.”

Watson, who has previously slated the Twilight movies for ‘selling sex’, is said to have upset Kristen further with her comments, with 21-year old Stewart convinced that Emma directed her harsh words at her personally.

The insider added: “Emma really took it up a notch when she made that comment, like she’s telling the world Kristen is a bimbo and she’s a real lady with poise and talent.”

“She hates being thought of as a sex symbol or being valued for that over her talent, so Emma got her right where it hurts.”

I don’t really think Rob would cheat on Kristen with Emma. This is probably all some PR stunt to get everyone’s attention to their new movie. What do you think? Should Kristen start worrying?