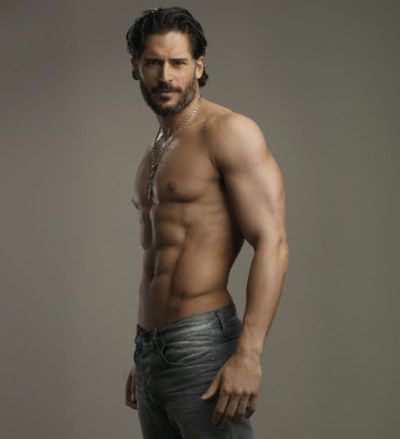 Joe Manganiello was asked by a True Blood fan for his “werewolf saliva” because she believed it had healing powers.

The star plays werewolf hottie, Alcide Herveaux on the hit HBO show, but perhaps she thought he was truly a werewolf. Crazy, right?

He attended this year’s Comic-Con event in New York earlier this month and had the creepy experience during his time there. The strange woman approached him and asked for his spit. Oh yum. Ha.

He said that the fan “had heard werewolf saliva could heal any ailment”, but was taken away by security guards before she could find out if it’s true.

I wouldn’t go after his spit if I were her, but something *else*. He’s engaged, though, so he’s definitely off the market….for now.

If you could meet Joe, what would you ask him for? An autograph perhaps?