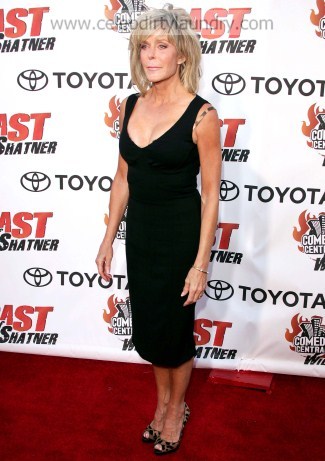 The ‘Charlie’s Angels’ actress – who lost her battle with cancer last June – was “controlled” by her long term partner Ryan O’Neal and friend Alana Hamilton Stewart, one of her closest pals has claimed.   Kate Jackson – a friend of the actress for over 40 years – said: “I was shut out. I was prevented from saying goodbye to one of my best friends.”   Recalling the day she learned she had been banned from seeing the star, she added: "I was walking across the lobby at her apartment, and as I got toward the elevator, the security guard yelled out ‘Ms. Jackson, no-one upstairs.’   “I turned around, looked at the guard and said, ‘What?’ I was stunned. I walked over to him. I was really incredulous because this particular guard and had seen me from the beginning. I asked him why and he said he didn’t know, but it had come from upstairs.   “From that moment on, we weren’t able to see or talk to Farrah again. It was very upsetting."

Kate later confronted Alana, who insisted she was acting on Farrah’s wishes as the actress – who made a documentary about her cancer battle, Farrah’s Story’, which aired in the US weeks before her death – didn’t want to be seen looking so ill.   Kate added to Radar Online: “Alana told me that was what Farrah wanted, because she didn’t want anyone to see her like that. That, to me, didn’t make much sense because the whole world was about to see her like that in ‘Farrah’s Story’. It didn’t sound right.”

Kate agreed to comply with the request, but admits she regrets not defying the order.  She added: “On the miniscule possibility that what Alana said was true, I did not wish to do something against Farrah’s wishes and just burst in. On the chance it was Farrah’s wishes, we all didn’t want to upset her. I wanted to respect her wishes.  “But to be truthful, I wish I had burst in, I really do.”  Kate has not seen or spoken to Ryan or Alana since Farrah’s funeral.  Photo: Fame Pictures