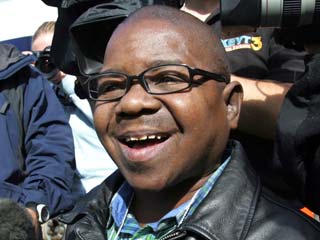 Dion Mial – Gary Coleman’s longtime friend and former manager, who has been named as the executor of his estate – has revealed Gary’s former spouse will have no say in what happens to the star’s estate or funeral arrangements.   In a statement to RadarOnline.com, Dion said: "Shannon has absolutely no rights or authority, with regard to the disposition of Gary’s remains, services, estate management."

The 24-year-old redhead – who Gary was reportedly planning on remarrying following their divorce in 2008 – had previously claimed the actor’s life would be celebrated in a funeral service this weekend.   However, Dion has revealed burial plans are still "pending".   The former manager – who was named as the executor of Gary’s estate in a will he wrote in 1999, seven years before he met Shannon – will take the legal documents to Utah county court next week.

Lawyer Kent Alderman said: "We will submit that for probate next week and find out if this is the last will. We believe it is. Nobody’s come up with a more recent one."   Dion has also praised his late friend – who died from a brain haemorrhage last month following a fall at his home – for "transforming" his life.   He said: "I am humbled by Gary’s confidence in me and by his fearless friendship. My life is transformed, because of his distinct presence in it."

Since seeing a copy of the will, Gary’s estranged parents Sue and Willie Coleman have decided to give up on their plan to bury their son in his hometown of Illinois, and have urged everyone involved to finally "let his spirit go".   Their lawyer Frederick Jackson said: "From the start, Mr. and Mrs. Coleman’s intention has been to see that Gary’s wishes be honored and that his affairs be taken care of properly. They wanted to do things the right way, and they urge those still involved to do the same. The Colemans ask that everyone please treat Gary with respect and kindness. They feel it is time for him to find peace and let his spirit go."