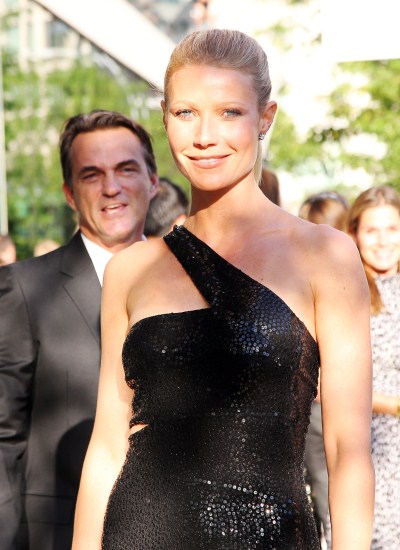 During a recent chat with the actress about Country Strong and Gwyneth Paltrow’s extensive preparation for the role of Kelly Canter — a Faith Hill-type Nashville superstar who’s trying to reclaim her career after a crash in rehab — Entertainment Weekly asked, half jokingly, if she set out to have another radio hit, a la “Cruisin’,” which got decent play a decade ago. “No! I didn’t! What the hell?” Paltrow laughed. “No! I was just singing songs for the movie. I think the original plan was they wanted the bona fide crew to re-sing our songs, and then when [Sony Music Nashville chair] Joe Galante heard it, he was like, ‘No, I want to release this as the single.’ I was like, ‘Excuse me please? What? What is going on?’

The track  is a straight-down-the-middle commercial country song that wouldn’t sound out of place on the radio alongside Faith or Martina McBride, with Paltrow’s hearty alto soaring above guest vocals from Vince Gill and Patty Griffin. “They were added in later,” Paltrow said. “I did my vocal, and then Byron Gallimore, the producer, who’s unbelievable, he was like [in Gallimore’s drawl], ‘You know, I just think Vince would sing so well on this.’ I was like, There’s no way. And he f—ing got Vince Gill to sing on the track! It’s crazy. He has this best voice ever, in the history of any genre. I just die for that man’s voice. And Patty Griffin, I had seen her play in New York with John Prine years ago, and I had gotten really into her record Flaming Red. It’s amazing. I’m so humbled.”

To read the rest of the story & hear the track visit Entertainment Weekly.