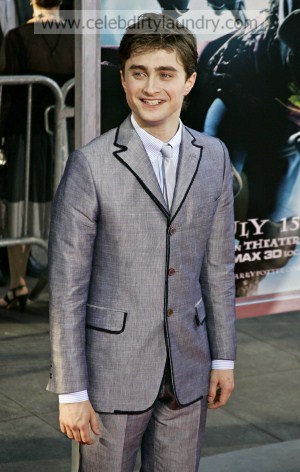 The‘Harry Potter’ actor will take to the New York stage next spring in a revival of satire ‘How To Succeed In Business Without Really Trying’.   The 20-year-old star – who previously appeared in a production of ‘Equus’ on both Broadway and London’s West End – will play J. Pierrepont Finch, a mailroom employee who quickly rises to the top of the corporate ladder to become vice-president of advertising at the Worldwide Wicket Company.

However, his "unorthodox and morally questionable business practices" threaten to come between his work and love affair with secretary Rosemary Pilkington.  The production was first staged on Broadway in 1961, with the most recent revival in 1995 starring Matthew Broderick.   The show – which was made into a movie in 1967 – won the Pulitzer Prize for drama in 1962, one of only six musicals to have won this prestigious award.   Tony Award winner Rob Ashford will direct and choreograph the production.  Photo: Fame Pictures