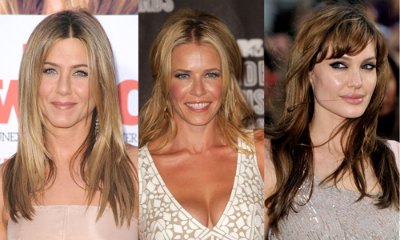 Last Friday, Chelsea Handler took to the stage for a comedy performance and proceeded to rip Angelina Jolie to shreds. It was hilarious, as we thought she said everything that we knew Jennifer Aniston wanted to say, but couldn’t.

After everyone got their panties in a bunch over the rant, Chelsea went on her show and defended herself. She said that she’s been making fun of Angelina Jolie ever since she made out with her brother.

Now we’re hearing that Jen is upset at Chelsea over the rant because people are drawing the conclusion that maybe Jen put her up to it.

An insider said, “Jen has gone out of her way to keep her private feelings about that woman who stole her husband private and has always asked her friends to do the same. She is furious with Chelsea for bringing the whole situation back to life again and landing her on the cover of a weekly magazine tomorrow with a Brad headline.”

Jen feels so betrayed that she likened the experience to John Mayer’s press conference announcing that he broke things off with her. A friend of Jen’s said, “Jen doesn’t just let these sort of people in her life. She hates drama or unnecessary attention and certainly doesn’t want to ever see her face on a tabloid again with a headline about Angie or Brad.”

The pal added, “Even so, she’s happy Chelsea made it clear her rant had nothing to do with her and wishes she’d just keep her big mouth shut in the future.”