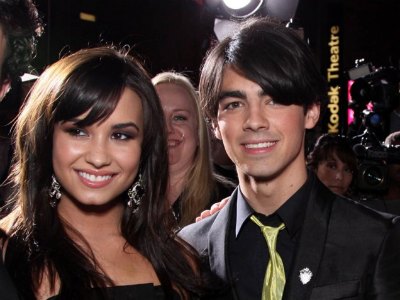 A story surfaced recently suggesting that Joe Jonas and underage Disney starlet Demi Lovato were involved in a sexual relationship. They’re keeping it in the Disney family!

The story originated from Zack Taylor, who claimed that the duo were “friends with benefits”. In his “exclusive” story, he said:

“They partied after their first concert and ended up hooking-up back at the hotel. It’s no secret that she wants him, and Joe finally gave back in for whatever reasons. While on tour, I guess we can say they are doing that whole ‘friends with benefits’ thing, but keeping it low!”

TMZ has learned … Joe’s attorney just fired off a letter to a Canadian entertainment blogger named Zack Taylor … blasting the guy for a story he posted which implied that 20-year-old Joe and 17-year-old Demi “are involved in an illicit relationship.”

In the letter, obtained by TMZ, Jonas’ attorney claims the story is “completely false, offensive and defamatory” — and accuses Taylor of a “malicious attempt to attack and devalue [Joe’s] good name and reputation.”

A lawsuit is sure to follow if the post is not removed. What are your thoughts on the situation?