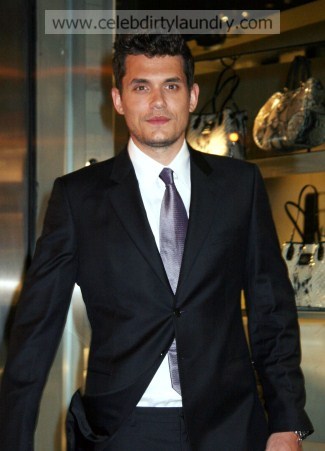 The ‘Gravity’ hitmaker has been suffering from an undisclosed illness and is to now return to the US, where he will receive medical treatment.   A statement on his website read: "He is returning home to the States and a full recovery is expected under a doctor’s supervision.  “Regrettably, the illness has caused his remaining European shows scheduled through this week to be cancelled as well. Ticket holders should apply for refund from point of purchase."

Earlier this week, Mayer played a sold-out show in Copenhagen but has now axed his second performance in the Danish capital.   He also had two sold-out shows coming up in Amsterdam plus a festival appearance in Madrid and an arena show in Manchester.   He is hoping to have recovered before his tour resumes in Charlotte, North Carolina, on July 16.  During his previous shows, Mayer has proved a hit with fans and at one recent concert he played guitar 11-year-old fan Austin.

The singer spotted the youngster in the crowd clutching a sign reading, "Can I please play ‘Belief’ with you?"   Mayer pulled the youngster out of the audience and performed the song with him to huge applause.   John told the crowd at the end, "That’s my man!", before giving Austin one of his guitars.