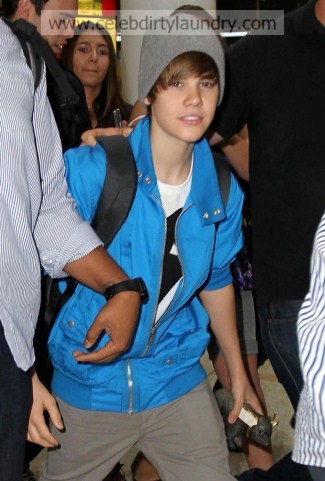 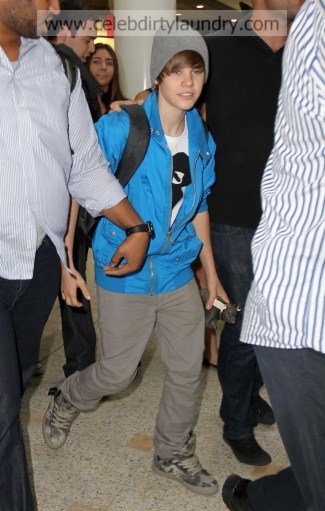 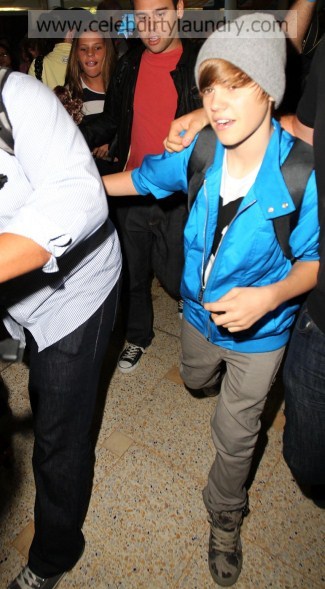 04-24-10 Sydney, Australia Justin Bieber arrives at Sydney Airport. 100’s of fans were there to greet him.  Sporting a grey tuque and a blue jacket, Justin was all smiles as he and his bodyguards pushed their way through the airport, surrounded by paparazzi and fans.   Justin will be performing at an instore appearance in Sydney and he’ll be performing his hit singles ‘One Time’ and ‘Baby’ — no doubt to thousands of screaming "Bierbettes!"   Justin will also hang around to sign copies of his new album ‘My Worlds’.   Sydney girls this is your chance to get up close and personal to the Bieber!  Photos: Flynet Pictures

Meanhile Justin tweeted when he arrived:

“ok. Just arrived and I like Australia. I like the weather, the accents, the girls, the water, the excitement, the girls, and the girls”