Katie Price Has A Cameo In The Film Of Her Life? 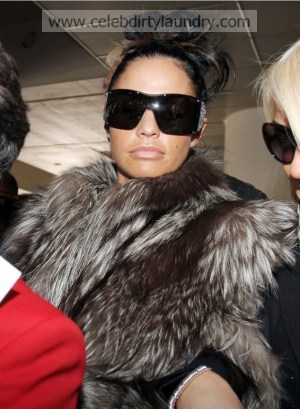 Glamour model, Katie Price is in negotiations to have her autobiographies adapted for the big screen and wants to appear in the movie briefly.   She said:  “When I was in America I did talk to producers. I’ve always said I’ll do a movie. Once my next autobiography is out it will be made.   “There’s a film made by Mel Gibson, ‘Paparazzi’, in which he makes a cameo I shall do something like that. It will be a good movie and it will happen believe me!”

The 31-year-old brunette is currently working on her latest autobiography and will hand it over to producers when it is complete along with her previous books so work can start on the script.
She said: "I’ve got four autobiographies, well, they’re four diaries. I’ve found a producer and he’s already got three of them – I’m giving him the other one and that’s what they’re doing."   Katie released her first autobiography, ‘Being Jordan’, in May 2004 and subsequent instalments, ‘Jordan: A Whole New World’ and ‘Pushed to the Limit’, in April 2006 and February 2008 respectively.   Her latest book will concentrate on her acrimonious split and subsequent divorce from Peter Andre and her new marriage to cage-fighter Alex Reid.  Photo: Fame Pictures