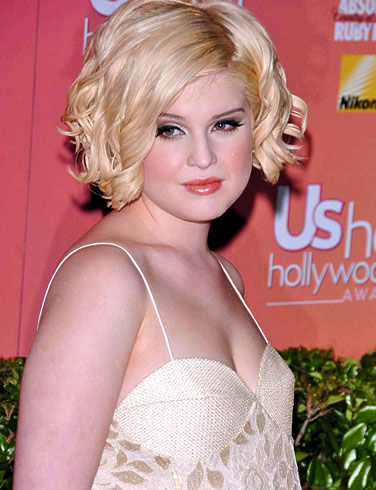 ‘I got my first movie roll.  We have been in rehearsals for a week and I start filming on Wednesday. I could not be happier!’   ‘The movie is called “Should of been Romeo” it’s a comedy and I play the role of Nicole who is a crazy groupie! It’s amazingly funny. the movie is not the only good news I got I wish I could tell you about my other new job but here is a clue! I coming [sic] back to TV!’

Last year Kelly appreared on Dancing With The Stars and has recently split from her boyfriend model Luke Worrall who was rumored to have cheated on her.  Nice to see something good happening to Kelly.