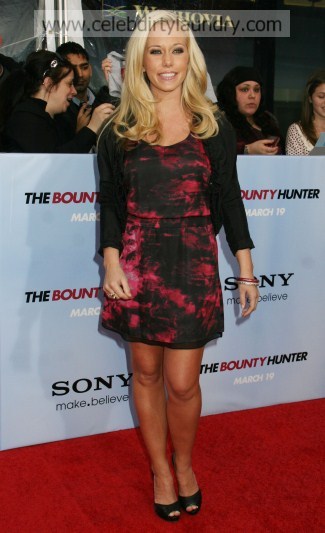 Former Playboy model Kendra Wilkinson – who has five-month-old son Hank Baskett IV with husband Hank Baskett – admits she is devastated that explicit footage of herself and ex-boyfriend Justin Frye is now available for sale, six years after the former couple made the film.

She added: "It bothers me because people are going to judge me and stuff. "I just hope to God nobody looks at me like a porn star or something. I just hope they don’t press play because that’s not me. I mean, that was me, but that’s not me now."   The tape was released for sale yesterday (26.05.10) and the blonde beauty is expecting the coming weeks to be the hardest of her life, but has vowed to face her critics.   She said: "Hank is doing a good job because he’s understanding. He’s like, ‘Kendra, we just have to hold our heads high because, yeah, we’re going to get attacked, but we can’t run. We have to hold hands and walk through this and face this fact.’ It’s going to be really hard. It’s going to probably be the hardest time of our lives."   Photo: Fame Pictures