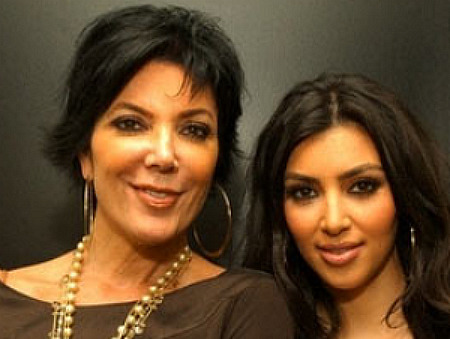 Kim Kardashian’s mother Kris Jenner went over to her house unannounced one day and walked in on Scott Disick naked.    Apparently Khloe, Scott and Mason had moved in with Kim.  Mother Kris said she was tramatized by the size of Scott’s package she  said it was very big.   Mother Kris made the announcement last week on Keeping Up With the Kardashians.  Via Tabloid Prodigy:

“The other day, I walk into your house and Scott is standing at the refrigerator–butt naked,” she says to Kim. “I ran the other way.  I can’t believe I saw Scott’s penis. I’m traumatized.”

Now not ones to be classy the “trailer trash” mother and daughter had a conversation about Scott’s size comparing it to a sausage.  I suppose this passes for humor in some places of the world – but not in mine – I don’t find it very funny – do you?