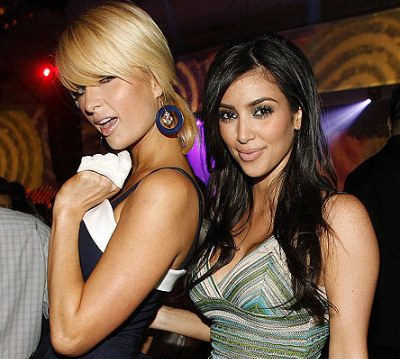 If you’ll remember, it was Kim Kardashian who rode Paris Hilton’s coattails to fame. They were on the party circuit way before Kim became a household name. Then, she released her sex tape and became a reality star.

But now, Kim is using Paris’ recent drug bust as a means to get some press for herself. She says that the reason she isn’t ending up like Paris is because of family.

She said, “I’ve never been a drinker, I’ve never gotten into drugs. You know, I think I have such a close family. I think, you know, at a young age. I think you know my sisters do enough drinking to kind of fill up the whole family. From a young age, my dad made it very clear that, ‘OK, you’re the responsible one and you have to watch your sister, and (he) taught me how to drive when I was 14 in case my sister or her friends were going to be drinking and I always had permission to drive. You know, I had to call him from the destination and the final place. I always felt this sense of pride that he had in me that I was the responsible one so I always wanted to make him proud. And I hate the taste of alcohol.”

Don’t be mistaken, she does indulge once in a while. She said, “I said at 30 I’m gonna at least have a drink to lighten up ’cause my sisters say I’m so boring. So I tried a White Russian a few months ago. If I have one, it tastes like chocolate milk and it’s kind of amazing. So every once and a while, but I’m 30 so it’s okay.”

Anything for the publicity, right? She would be lucky if she 1/2 what Paris is!