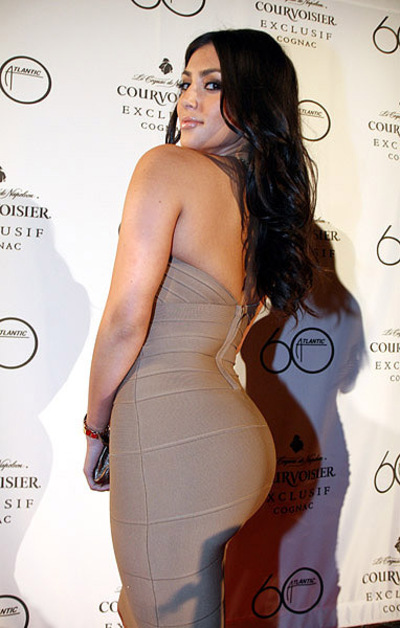 Keeping Up With The Kardashian’s Kim Kardashian, 30,  won “World’s Best Bum 2010” beating out J-Lo who came second and Beyonce who placed third.  Organisers said Kim was blessed with “the Holy Grail of Hindquarters”.  Clearly the award was not for the most natural bum.  Her butt looks awful it looks like it has been injected with massive amounts of filler!  There is nothing natural about Kim Kardashian.  Just saying ….

Kim is said to be dating New Jersey Nets basketball star Kris Humphries.  Over the weekend she was spotted sneaking back into her hotel accompanied by Kris.  Wonder how long this romance will last?