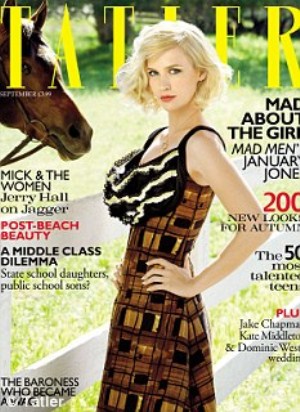 January Jones, who plays long-suffering housewife Betty Draper in the Emmy award-winning TV drama Mad Men covers the September 2010 cover of UK Tatler.    In the magazine she says creator Matthew Weiner  tells female members of the cast to avoid strenuous exercise in order to maintain their curves and avoid muscle definition.  He agreed with UK Equalities Minister Lynne Featherstone comment last week that the women on Mad Men are a great role model for young girls.

Jones says the show bring back the idea that it is okay if women have curves.   In her interview with Tatler, January also confesses that she has learned to love the girdle she wears to help her achieve her hourglass looks.  ‘It gives you such a nice shape,’ she says. 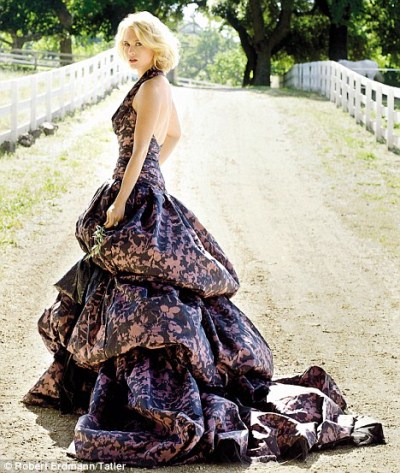