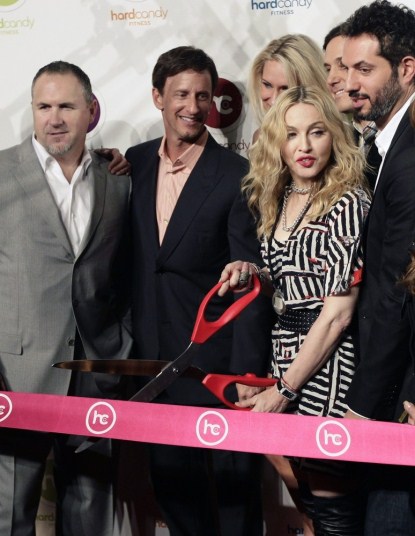 Madonna and her business partners are planning to set up a global chain of fitness clubs in different countries around the world including the US.  Madonna went to Mexico City Monday to launch the first  “Hard Candy Fitness Club.”  Over 700 people attended the grand opening including the mayor and VIPs.  Madonna cut the ribbon and taught a dance class for the opening.

The gym is like all the other ones in the city with the exception of the name from the title of her last album.  “It’s a sexy name that gives you the opportunity to have fun and to build strength as far as the imagination will allow.”

Associated Press reports: Madonna chose Mexico City because it was a stop on last year’s Sticky & Sweet tour, which grossed $408 million, second only to the Rolling Stones’ A Bigger Bang Tour. She said she liked the energy of the people.