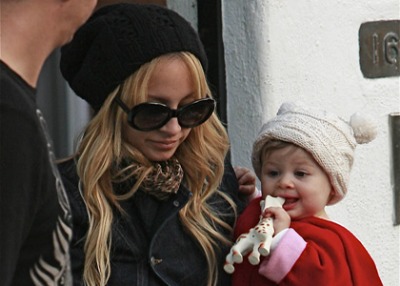 Nicole Richie went to court in an attempt to get a permanent restraining order against a paparazzi who was reportedly stalking her daughter’s school. In legal papers, the snapper is firing back!

In her filing, she claims that paparazzo was staking out Harlow’s school for photos of the tot. But, in his legal papers, he’s saying that she’s not worth the effort.

The photographer, Fabricio Luis Mariotto, said, “I think it’s unfair to put all the responsibility of Ms. Richie’s frustrations with the entire industry in only one professional, specially when this person has not taken photographs of Ms. Richie or her family for at least 8 months.”

Then — here’s the kicker — he spouted off, “Nobody wants to wait at her house. She’s not Angelina Jolie.”

Then how does he explain the photos that surfaced showing him waiting at Harlow’s school for a shot? That’s what I want to know. He said, “I’ve never been at the school before, I did not know it was there. As soon as I realized that I was at the children’s school and that Ms. Richie seemed upset, I left.”

Interesting how he says he’s never been at the school, yet contradicts himself immediately.