Obama’s Daughter Sasha Plays At The Beach In Spain [Photos] 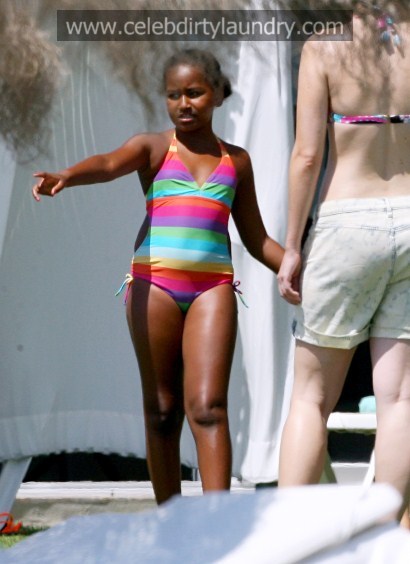 Presidential daughter Sasha Obama enjoys the beach in Marbella, Spain with friends on August 6, 2010 while mom Michelle Obama lounges under the shade. While it looks like little Sasha is having an excellent time in the water, her dad stayed at home working alone on his birthday in the White House.  [More Photos After The Fold]

Michele Obama had the Spanish beach closed off  so that she, her daughter and their entourage could go for a swim.   Spanish police cleared off a stretch of beach at the Villa Padierna Hotel in Marbella after the Obamas had finished a busy day of sightseeing. 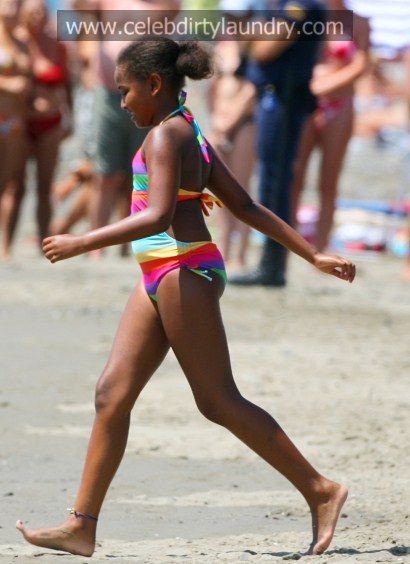 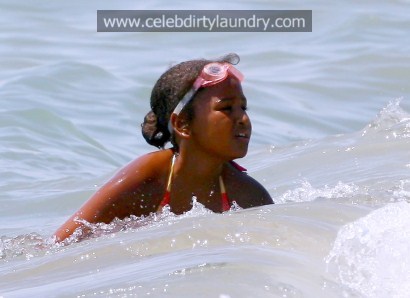