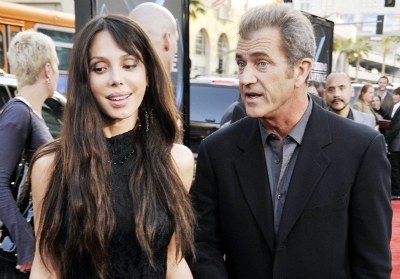 Before Oksana came into the picture and Mel was still with estranged wife Robyn, they formed a trust for any children born from either of them, called the Icon Trust. Since there was no baby Lucia to worry about, neither of them thought to put that the trust should only include children born to them as a couple.

So when Oksana and Mel broke up and struck a settlement deal during the mediation in May, the very first term reads, “Oksana consents to amendment of Icon Trust to exclude Lucia.”

In return for excluding Lucia, Mel agreed to provide a financial package for the baby worth more than $8 million.

Now, lawyers have Oksana convinced that their daughter is being screwed out of her rightful inheritance under the trust. The lawsuit over the trust would also benefit anyone on the case, so it’s in their best interest to follow the money. Right?