Oksana Grigorieva’s Sister Leaked The “Mel Tapes” Duhhhh & Who Gave Her The Tapes? 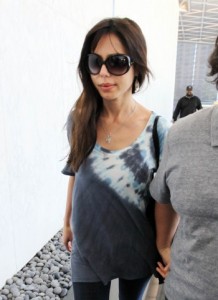 A series of audio recordings made by Oksana when the actor’s apparent verbal and physical abuse got so bad she feared for her safety have been posted on website RadarOnline.com and it has now been claimed her younger sister Natalie is the person who leaked them.  A source said: “I suspect that if the authorities look at the sister, they’ll find a wire transfer or a cheque to her from the website.  She and Oksana are very close.”

If Natalie is discovered to be the person who leaked the tapes then it could affect Oksana’s custody case with Mel regarding their eight-month-old daughter Lucia, and could result in the Russian singer being found in contempt of court.  It has also been claimed Natalie touted the tapes around a number of other of media outlets before agreeing to sell them to RadarOnline.com.

Another source told The Hollywood Reporter: “All the tabloids said no to the deal because they were asked to purchase the audio tapes before hearing them.”  Mel has been the focus of a number of explosive tapes in recent weeks, including one where he admits to hitting Oksana in January while she was holding their daughter Lucia, who was aged just two months.  It has also been alleged Mel pulled a handgun on Oksana following an furious row, in which he is believed to have broken her two front teeth and threatened her with a bat.

LOL now are we suppose to be stupid?  Where did the sister get the tape if she was the one who linked them?  Oksana of course…..duh…

Update: Oksana denied her sister released the tapes and she called Mel a liar.