Oprah Worms Her Way Into The Jackson Family Home – Randy Jackson Is Outraged! 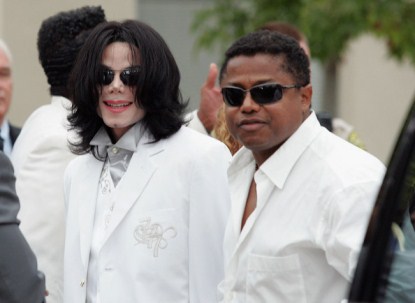 When Michael Jackson was on trial for molestation Oprah did a show on pedophilia during the deliberation phase of the trial.  Randy feels that was irresponsible of Oprah and “no coincidence” and that she risked hurting Michael, even sending him to prison by that move.  Thus he was shocked and appalled that his parents allowed Oprah Winfrey into the Jackson Family home for an interview.  Randy Jackson says that Oprah “is the last person in the world that Michael would want around his children.”

Related: Will They Ever Leave Michael Jackson to Rest In Peace?

One thing for sure, Oprah is a friend only to Oprah and will do anything that she sees as benefiting herself.  In her defence, her job as a TV journalist is not to defend MJ’s reputation or fight his cases for him, rather it is to expose to the public as much truth as possible.  The emphasis here is on truth and this is where Oprah falls flat.  Of course we have seen her history with that fraudster and ambulance chaser, Dr Phil.  The fact that she continues to support him despite his obvious lack of scientific skill as well as his track record of writing and promoting misleading books that actually lead the reader down a false and even dangerous path show that she is both unscrupulous and dishonest.   I agree with Randy and would suggest that the Jacksons have nothing more to do with her.

Joe Jonas wants Ashley Greene to move in with him EARSUCKER

How David Arquette Broke the News to Coco POPEATER

The Snake Republic  HAMMER OF TRUTH