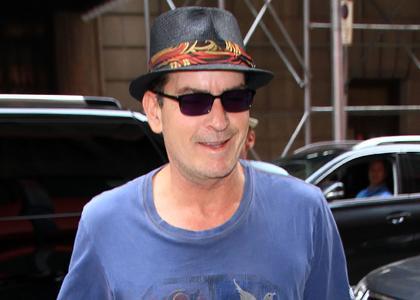 Capri Anderson AKA Christina Walsh was allegedly strangled by Charlie Sheen  after his infamous violent coke binge at the Plaza Hotel In NYC.  Capri Anderson has filed a criminal complaint against Charlie.  New reports indicated that NYC police are investigating the complain.  As a matter of fact they will be subpoening his medical records from the night he was taken to the hospital after the binge.

“Cops will subpoena Sheen’s records to see if he was using drugs as part of their investigation into what happened that night with Walsh,” the source told RadarOnline.com. “The investigation is ongoing.” via Radaronline.

Walsh/Anderson recently told Good Morning America she was going to sue Charlie but instead filed a criminal complaint.  She also claims she saw Charlie snorting a white substance.  As for Charlie he spent Thanksgiving with his ex-wife Denise Richards and two daughters.