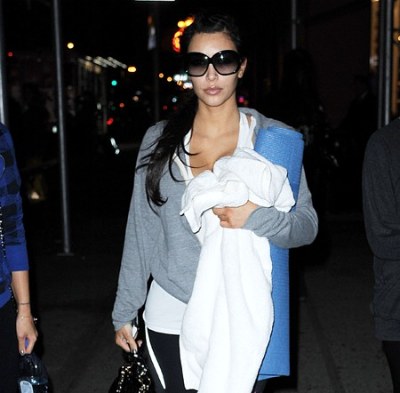 Kim Kardashian’s ex-boyfriend Reggie Bush must have something really good on her!

After the reality star started hooking up with Miles Austin, apparently it rubbed Reggie the wrong way. Now, he’s threatening to expose the “real” Kim. Part of me wants to know what kind of dirty gossip he can reveal about this useless heifer, but the other part of me says that it’s all scripted for the benefit of their crappy reality show.

Reportedly, he tells her, “Don’t make me expose you to those people who don’t know you… I kinda feel like the government right now! Man if they only knew what I knew about you! Don’t smile in my face and frown at my back…”

But of course, that is all to come in an upcoming episode of the show. I’m not going to be watching that mess, are you?