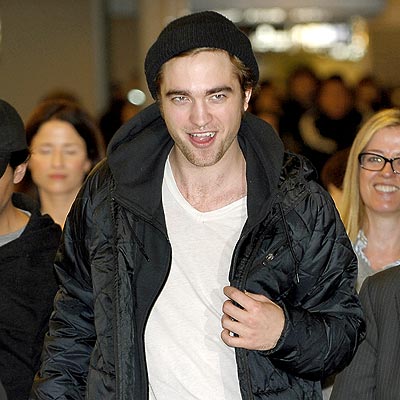 Robert Pattinson says that he doesn’t mind buying his clothes from thrift stores and says that his fame won’t allow him to make a lot of trips to stores to buy more clothes.

He said, “I like kind of s***ty clothes most of the time. I like second hand. That’s another thing. I can’t really go into second hand stores to get new clothes any more so I end up wearing the same thing every day. I wish I could shop in vintage stores the whole time. But because a lot of paparazzi follow me around, it can be difficult.”

That’s not the case all of the time, however. The Twilight actor hits up Marck Jacobs for designer clothes when he needs to attend a red carpet event. He added, “At almost every single premiere I wear Marc Jacobs. It seems to be the only stuff that fits me.”

Rumors had previously suggested that Rob wasn’t a huge fan of cleanliness, often forgoing showers, much to the dismay of castmates.

I guess that must be out the window, considering that he’s dating Kristen Stewart. She probably set him straight when they first hooked up.