So Is Lindsay Lohan Getting Out Of The Slammer Today & Is She A Crystal Meth Addict? 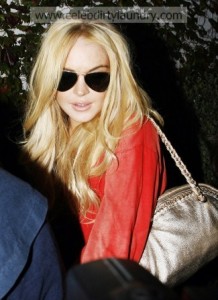 TMZ is reporting that Lindsay Lohan’s lawyer Shawn Chapman Holley says it is a possibility she may get out of jail today.    You know what this is so much bulls**t why send her to jail for three months and then let her out after less than two weeks.  Who believes this overcrowding bulls**t.  Coincidently each time a celeb goes to jail they get out early for overcrowding.  Do you see a pattern here.

Meanwhile rumor has it today Lindsay drug of choice is crystal meth and she is biopolar.  Crystal meth is extremely addictive and fiercly hard on the body.  It is not uncommon for people on “ice” to go for a couple of weeks without real sleep.  Not days, weeks… Extreme paranoia, audio and visual hallucinations and even serious brain damage are all what  meth addicts have to look forward to.  Lindsay is suppose to be going directly to rehab from jail.