Teen Mom Amber Portwood Is Out Of Jail 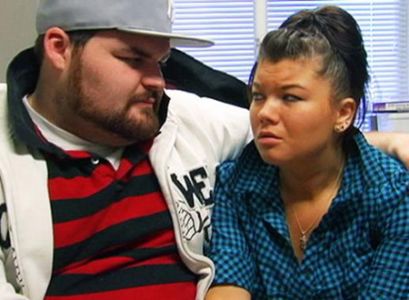 Teen mom Amber Portwood who was arrested yesterday and put in an Indiana jail.  After spending 24 hours in jail she has been released.  She left the jail with a women believed to be her mom.  Amber plead not guilt today to  2 counts of domestic battery and one count of Neglect of a Dependent – as well as one misdemeanor charge of domestic battery.  Some of the abuse was caught on video so it is surprising that she would think she can get away with it.

TMZ further reports: According to the police report filed with the court, Amber acknowledged that her violence was true anger and not staged for the TV show.  One of the officers notes in the report that there were “multiple violent and physical fights between [Amber and Gary]” in which Amber punched, slapped and kicked him.

In the outtakes that were not aired on the MTV show, the baby is clearly in the room watching the violence, according to the police report.

After watching the video there is no way Amber should still have custody of her child.  They should step in and put her in protective custody.  Amber is violent and abusive and I wonder how long it will take before she does the same thing to her child.  She needs to spend a long time in therapy!