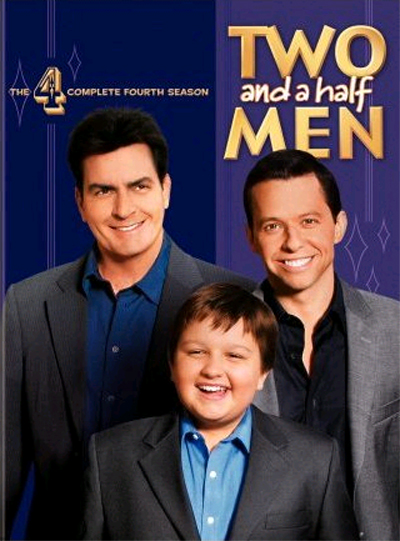 “Two And A Half Men” ratings shot up after Charlie Sheen’s New York arrest/hospitalization!  You would expect that people would be unhappy with Charlie after he apparently attacked a prostitute and practically overdosed on booze and cocaine last week.  But no – instead Charlie was awarded with a 7% increase in audience size to 13.6 million people.

Men (13.6 million viewers, 4.7 preliminary adults 18-49 rating) was up 7% for an episode titled “The Crazy Bitch Gazette.” With Men resuming production this week, Sheen is expected to be back on the set today.

Divorce court is his next destination but wife Brooke Mueller is disappointed and feels betrayed – she said that they had come to an agreement to delay any divorce for a year or two to allow Charlie’s career to stabilize while he was facing a legal battle because of charges of domestic assault against her.  So when Charlie filed papers unexpectedly she was naturally upset and humiliated.

Facts are that Charlie Sheen is a mess – his coked up drunken assault of his prostitute date resulting in his hospitalization pretty well tells us the story.  The man is an addict and shows no evident interest in cleaning up