Will Photos Of Kesha Nude And Having Sex Surface Soon? 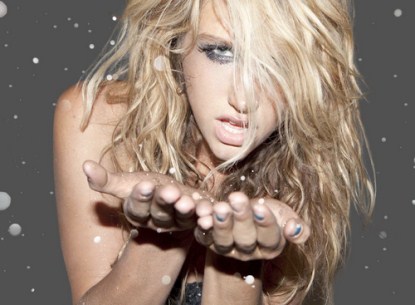 Two German Hackers got into many big name stars’ computers.    The haul included  music files, credit card details, emails and photographs.  They hit jackpot on 24 year old popstar Ke$ha’s computer and apparently tried to blackmail her.    The wanted her to pay up to get back photos of her naked and having sex.    No money exchanged hands – no surprise!  She probably thinks the publicity will help her  career.

The Telegraph reports –  A pair of German hackers raided the computers of more than 50 pop stars, including Lady Gaga and Justin Timberlake, looking for material to sell, prosecutors say. The pair’s haul allegedly includes unreleased songs by several artists and a photo of singer Ke$ha having sex, which they tried to blackmail her with, the Telegraph reports. The pair, who haven’t been charged with any crime yet, used Trojans to access the computers.

“We are talking about illegal, bootlegged publication, and spying using Trojans,” a German prosecutor says, adding that the hacking forced several artists to change record release dates. The pair—who bragged about their activities in online forums—came to the attention of authorities after fans warned Kelly Clarkson that unreleased songs of hers were available on the Internet.