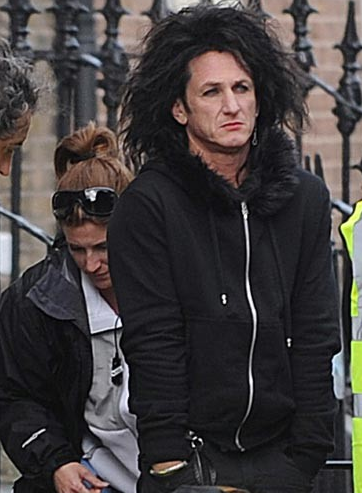 NO, Sean Penn is not taking a new lifestyle direction.  He is dressed in drag for a new movie he is filming in Dublin, Ireland called “This Must Be The Place”.  Sean Penn stars alongside Frances McDormand & Harry Dean Stanton in the movie.  The movie is about a bored, retired rock star sets out to find his father’s executioner, an ex-Nazi war criminal who is a refugee in the U.S.  The movie is set for release in 2011.

Sean with his big teased hair and those red lips make an awful FUGLY women.   What do you think?