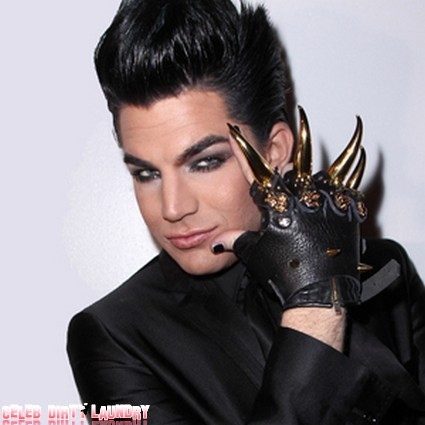 Adam Lambert has been arrested in Finland. Reports out of Europe this morning say the pop singer was detained after getting into a brawl with his boyfriend at popular gay club DTM (Don’t Tell Mama) in Helsinki. Police were called after a fight between the pair turned nasty in the early hours at the crowded nightspot.  There are reports some spectators also joined in.

After breaking up the fight the Cops arrested the American Idol runner up and his boyfriend Sauli Koskinen who shot to fame after appearing on the Finnish version of Big Brother. They were then thrown into different jail cells. There’s no word yet on any injuries or charges being laid. Let’s hope Adam’s famous quiff survived unscathed and he didn’t smudge his beloved eyeliner and mascara when the fists started flying.

It’s not the first time the openly gay 29 year old has had a run in with the law. He tackled a photographer in Miami in September 2010 . He grabbed the paparazzo on the beach in broad daylight sparking a police investigation. He even tweeted about the incident afterwards admitting he lost his temper after his day out was disrupted by the press wanting a pic.

Adam better get his act together quick smart. The flamboyant singer has a busy couple of months ahead. He’s on a promotional tour at the moment.  His new single Better Than I Know Myself  has just been released. It’ll be followed by the much anticipated album Trespassing in the spring of 2012.