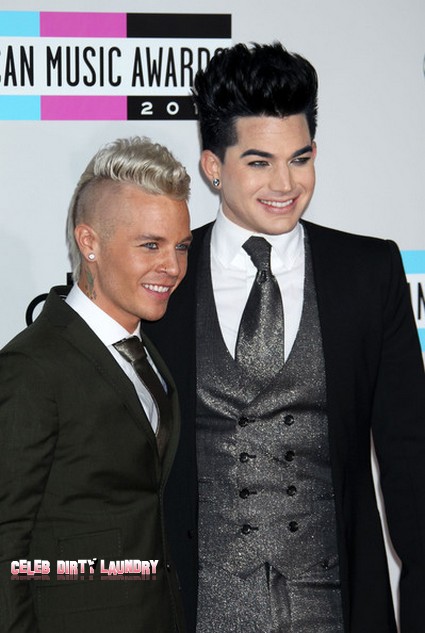 There is always an excuse when a celeb screws up and gets into trouble – and Adam Lambert is no exception having now blamed his getting arrested in Finland on a combination of travel, alcohol and confusion. Ya Right!  Adam had a pure unadulterated hissy fit and went total bitch on his boyfriend Sauli Koskinen – whatever he has to say now doesn’t count.

The former ‘American Idol’ star was taken to a police station and questioned after the fight with Sauli who is Finnish reality TV star. The blowup occured in the Helsinki gay bar Don’t Tell Momma in the wee hours Thurday morning and became very physical.

Sauli was also arrested following the incident but both men have been released following what Detective Superintendent Petri Juvonen called a “not very serious incident.”

Now Adam – who allegedly hit people who tried to intervene – has taken to twitter to give his account of the fight and reveal the pair have already made up and are “laughing about it.”

Sauli also addressed the incident on his blog, writing in Finnish, “publicity is not easy. But celebrities are only human people.”  Police said the two men were released after a few hours and that no further action would be taken.

All fun and games… until someone gets hurt.