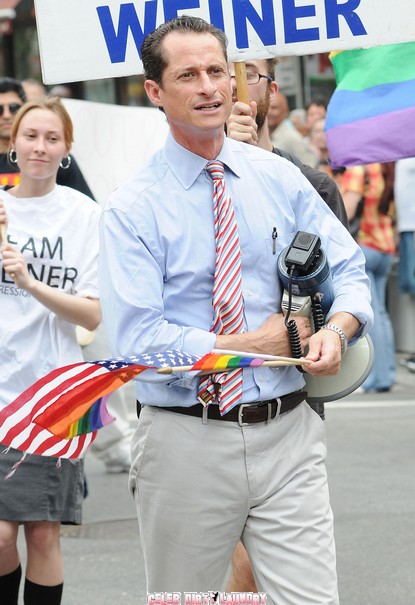 Rep. Anthony Weiner took plenty of photos of himself both clothed and partially nude and sent them out over the internet as part of his inappropriate and possibly illegal sexual communication with women other than his pregnant wife – and the special part is that many were taken at the House Members Gym!

Photos of a very nonathletic-looking Weiner appearing on the gym floor and in the locker room were sent them to at least one woman raising questions about whether he used Congressional resources in his online sexploits.

Weiner took pics of himself using his Blackberry and a mirror and Congressional sources have confirmed that the backdrop is in the House Members Gym in the basement of the Rayburn House Office Building.

One question still unanswered since Weiner had his ‘I’m So Sorry’ news conference is if he used Congressional resources during his cyber affairs. Whether he did or did not I say throw the bum out!