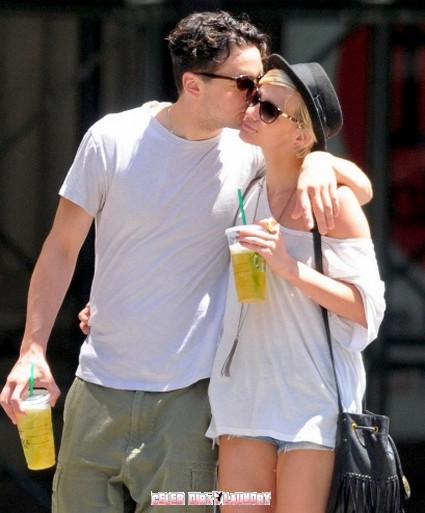 The news that Ashlee Simpson-Wentz was seeing actor Vincent Piazza came very quickly after the singer announced her plans to divorce her rocker hubby Pete Wentz.

Photos surfaced of Ashlee and Vincent hand in hand strolling through New York about a month ago, and fans had to wonder if all this PDA was to make her soon to be ex husband jealous – or how long has this canoodling really been going on.  I just couldn’t help thinking what a nice guy and father Pete seemed like. Ok, so I have no idea what goes on behind closed doors, but still – give Pete another chance girl!

Not likely. As recently as Sunday, the new couple where spotted in the East Village in NYC.  They were later seen grabbing a drink at a local Starbucks then taking a romantic walk. Maybe it’s just me, but that seems like a sure-fire way to get a certain ex jealous – you aren’t exactly being low key Ash.

Vincent is known for his work on Boardwalk Empire and Rocket Science – I wonder if this is just a publicity move for him?  What do you guys think, true love made to last, or just a post break up fling?