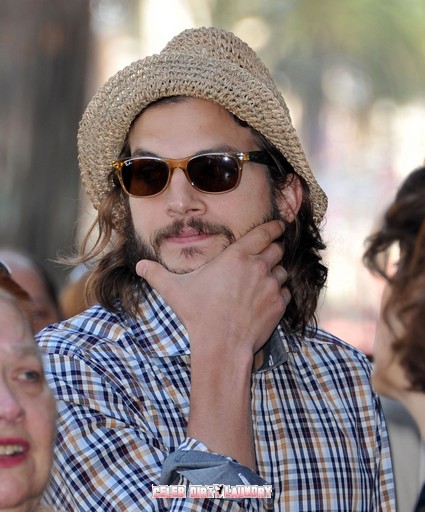 With all the rumors setting the internet ablaze that Ashton Kutcher and Demi Moore are splitting, Ashton has now dropped Demi Moore from his twitter account.  Ashton follows a mere 671 of his 7.7 million twitter followers and Demi is no longer someone he follows.  Star magazine broke the story this week as their cover story.  The magazine claims to have explosive information on the breakup.  They claim the couple have lived apart for months and Ashton is cheating.

Star magazine claims: “Ashton was a serial cheater, and Demi just couldn’t take it anymore. She didn’t deserve to live that way. It’s a painful time for Demi.”

Instead of making a formal announcement that their marriage is still intact, Ashton tweeted a link to his Spotify account. The link said something in itself. It was a link to the Public Enemy song, Don’t Believe The Hype.

This was after his wife Demi tweeted her ominous message, “When we are offended at any man’s fault, turn to yourself & study your own failings. Then you will forget your anger.”

What do you think is this newest development more proof Demi and Ashton are done?  After all ‘he’s just out of his 20’s and she is going to be 50 in about a day’  Will this be another Tiger Woods scandal with women coming out of the woodwork every day?

Or could it be that since Ashton is now taken Charlie Sheen’s place on Two and a Half Men and the reviews have been less than stellar this is just an attempt to get his name in the news.

Or is Demi jealous because Ashton keeps walking around naked?  Or is Ashton really Mr. Cheater McCheater?  Let us know what you think?  Sound out in the comments below!