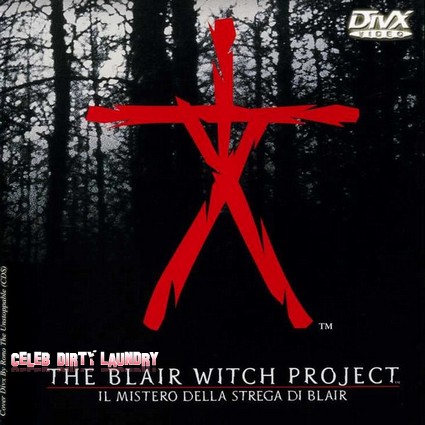 I had to laugh when I read about this. I remember exactly where I was and which boy I was with when I mustered up the nerve to watch the terrifying, Blair Witch Project. I remember the sleepless nights that followed (I’m a bit of a scardy cat) but if you asked me who was in the movie – I couldn’t tell you. Not then, not now.

Heather Donahue, Michael C. Williams, Joshua Leonard (incidentally these are the actors’ and the characters’ names in the horror flick) – ringing any bells? Nope? Me neither. The film got rave reviews and was an instant cult classic, but didn’t exactly open any Tinseltown doors for the three leads.

It did, however lead to an interesting career change for Heather Donahue. Now, at almost 37 years old and 11 years post Blair Witch, the indie actress is peddling her latest project – Grow Girl, How My Life After the Blair Witch Project Turned to Pot. And as the title may suggest the actress is cultivating a career or a different kind. Growing Pot. Well growing pot and writing about it!

The actress/farmer, tells US Weekly that she discovered high-grade medical marijuana after doctors prescribed it to treat her PMS. Frustrated by the lack of opportunities (and I guess cramps) Donahue gave up on Hollywood and focused on her little grow-op.

Donahue told the Philadelphia Inquirer. Well almost everything. The actress admitted to keeping the iconic blue hat from Blair Witch and contemplated selling it on eBay if times got tough!

Heather serendipitously met a marijuana grower from Nuggettown in northern Cali and being a self-proclaimed “avid gardener” she gave it a go for herself. She has since quit the bud biz when she decided to write her book and one of her friends got arrested.

On whether or not medical marijuana will be legalized, Donahue had this to say; “I think you’re going to see [medical marijuana] on a lot of ballots over the next few years. There has been enough support for medical use if not outright legalization that I don’t think it will go away.”