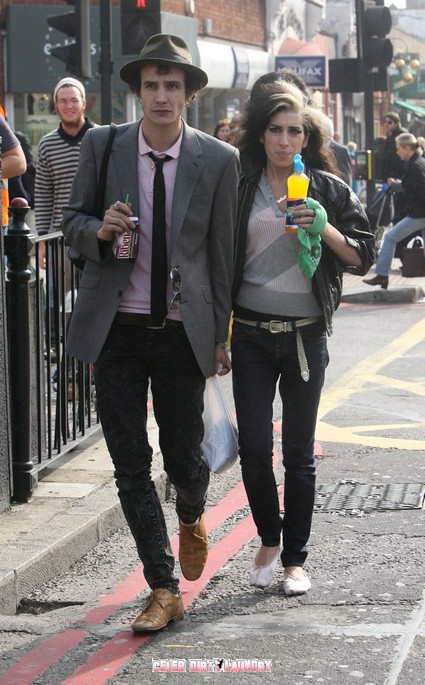 When Amy Winehouse passed away there was speculation that Amy’s ex-husband Blake Fielder-Civil might inherit her estate.   The only way for Blake not to inherit is if Amy wrote a new will after her divorce.   Good news! Apparently after her divorce she had her finances sorted out and she put her affairs in order.  She had a new will made up and she made sure that Blake would not inherit one penny of her money.  Her estate was estimated at $16 million when she passed away but it is growing.  Her CD Back To Black was number one in 17 countries following her death.

Daily Mail UK has the scoop on her estate: Legal experts said Miss Winehouse’s wealth would be divided among her immediate family, including her mother Janis, who is suffering from multiple sclerosis, father Mitch and older brother Alex.

Amy will be buried tomorrow at North London cemetery where she will have a Jewish service for friends and family.  Following the service she will be cremated.