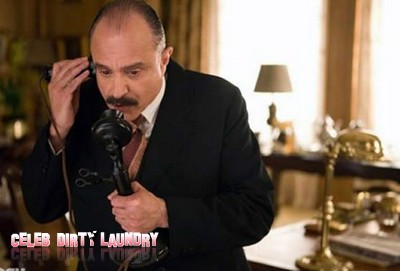 HBO will be back with the tenth episode of Boardwalk Empire next week and it is called ‘Georgia Peaches.’  Tonight’s episode there was a lot of action.  In a surprising mood the IRA killed John McGarrigle because he wanted to negotiate for peace.  At least Nucky got to see what a giant snake Owen is.  Waxy made his move against Manny Horvitz but it did not turn out like Waxy thought it would.  In line with Chalky’s plan Dunn Purnsley orchestrates a worker’s strike at the Ritz.  A whole lot more happened tonight and if you missed the epsiode you can read our official recap here!

Official Synopsis: Undercut by Nucky, who has a new source for alcohol, Jimmy and his partners look to cultivate a new revenue stream in Atlantic City. With the peak tourist season approaching, the Commodore’s (Dabney Coleman) crew faces a choice in dealing with the city’s striking workers: negotiate or fight back. Fearing that sin has led to misfortune, Margaret approaches Father Brennan (Michael Cumpsty) with an “act of devotion.” Nucky gets a new lawyer; Van Alden faces an uncertain future; Manny Horvitz takes exception to a debt payment.

From the preview tonight we learn there are only three more episodes to the season.  The preview opens up with Margaret in church praying for Emily.  The next scene shows Eli in jail, I wonder how he landed there.   Then we see Jimmy asking Chalky what he wants and Chalky answers, ‘Justice.’  Someone is strangling Mickey Doyle, hard to say who there are so many possibilities.  Margaret’s son Teddy saw something and Nucky tells him what he saw was an accident and Teddy promises not too tell.  The strike is on and is getting violent.  There is a whole lot more in the preview check it out.  It ends with Manny the Butcher shooting someone.  Wonder if it is Waxy or Jimmy he shoots?