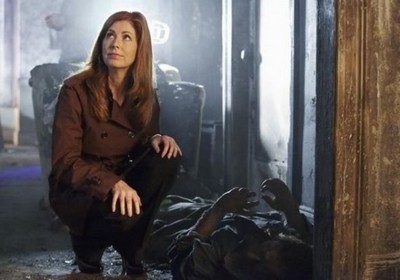 Tonight’s episode of Body Of Proof is titled Point Of Origin and we’re covering the show live! In case you’ve missed last week’s show, you can check out !

From the official synopsis:

Peter stumbles upon a house fire in progress before the fire department arrives and is able to rescue a young woman. When Megan goes to the scene of the fire, she discovers that there is another victim who perished in the fire. This dismays Peter, who didn’t know there was someone else in the house and now has a personal attachment to this case. As Megan begins her investigation, she is usurped by veteran arson investigator Ray Easton (Terry Serpico, “Army Wives”) and his young colleague, Skip, who challenge her at every step. When Megan complains to her boss, Kate wryly remarks that people usually find Megan impossible to work with, and the tension between the two women heats up more.

The official recap:  The show opens with Peter at the scene of a house fire, where he rushes in the house and saves one of the victims from the fire. After he gets out, the house explodes. Megan arrives on the scene and the detectives tell Megan that the husband didn’t survive the fire.

The arson investigators are trying to figure out what started the fire. The fire started in the kitchen and they found evidence of a forced entry (Peter). They think someone poured accelerant on the body. Three hours later, they released the body to her.

The body has a fracture on it, and they’re trying to figure out if that happened before or after the fire. Megan is asking Ethan if he’s sure that the dental records belong to their victim, Mike Applebee, because the victim has his wisdom teeth and Mike had his removed.