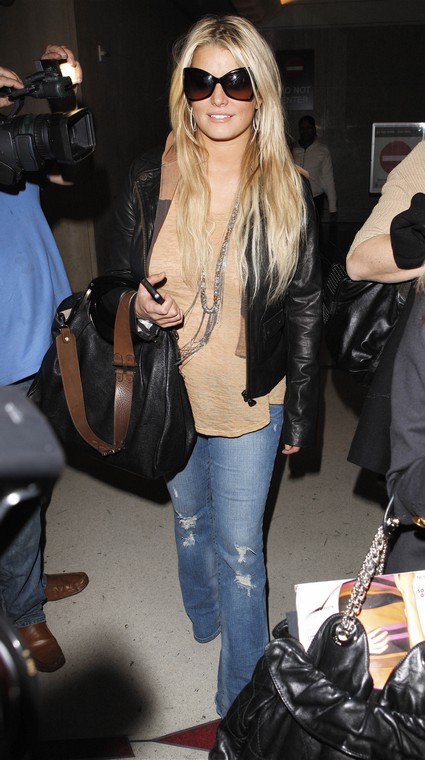 Jessica Simpson is reportedly pregnant with her first child.  The singer-and-actress is said to be expecting a baby with her former NFL player fiance, Eric Johnson, and has already been having some weird cravings.

Speculation has been rife for weeks that Jessica was pregnant after she was pictured wearing loose-fitting clothing and the news was confirmed at Eric’s recent 32nd birthday party after she sent back a celebratory glass of champagne.

Despite the impending arrival, Jessica, 31, and Eric still plan to marry in November.  Jessica – who was previously married to singer Nick Lachey – has made no secret of her desire to become a mother and said she couldn’t wait to have kids with Eric.

She revealed: “I definitely see myself having a family with Eric, so that’s exciting to think about.”

The news will also please Jessica’s mother Tina Simpson as she recently revealed she would like more grandchildren to go with two-year-old Bronx, son of daughter Ashlee Simpson and estranged husband Pete Wentz.

She said: “Obviously I’m looking forward to having more grandkids. Bronx is the love of my life.  I don’t mind boys or girls, I’ll take anything I get. I’m not picky!”