Breaking News – Trial into the death of Michael Jackson begins 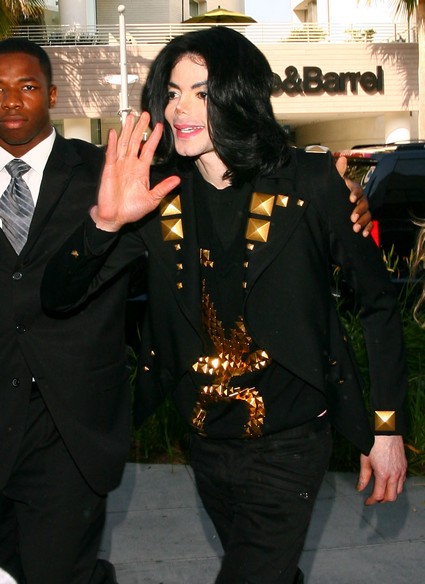 The trial into the death of Michael Jackson opened today (27.09.11) with the jury being shown a photo of the singer’s dead body.  Dr. Conrad Murray – Michael’s personal physician – is standing trial for the involuntary manslaughter of the ‘Thriller’ hitmaker in 2009 and during the prosecution team’s opening statement at a Los Angeles courthouse, they displayed a picture that appeared to show tape or tubing over his lifeless body.

Murray – who was in court today – has been accused of administering the lethal dose of the anaesthetic Propofol that killed Michael and Walgren insists the evidence they have will show that the “acts and omissions of Michael Jackson’s personal doctor Conrad Murray directly led to his premature death at the age of 50”.

He accused Murray of “repeatedly acted with gross negligence, repeatedly denied appropriate care to his patient Michael Jackson and that is was Dr. Murray’s repeated incompetent and unskilled acts that led to Michael Jackson’s death on June 25 2009”.

The jury was also played a disturbing tape from Murray’s iPhone, in which Michael was apparently under the influence of Propofol a month before his death, worrying about his forthcoming 50-night residency at London’s The O2 for his ‘This Is It’ tour.

On the tape, a confused-sounding Michael mumbled: “We have to be phenomenal… When people leave this show, when people leave my show, I want them to say, ‘I’ve never seen nothing like this in my life. Go. Go.’ “

The full clip will be played later in the trial.

The prosecution also accused Murray of delaying his call to 911 as he tried to revive Michael after finding him unconscious at his Los Angeles home.

Michael’s parents, Joseph and Katherine and siblings Janet, La Toya, Tito, Randy and Jermaine were also in court while crowds of supporters for both Michael and Murray gathered outside the courthouse.