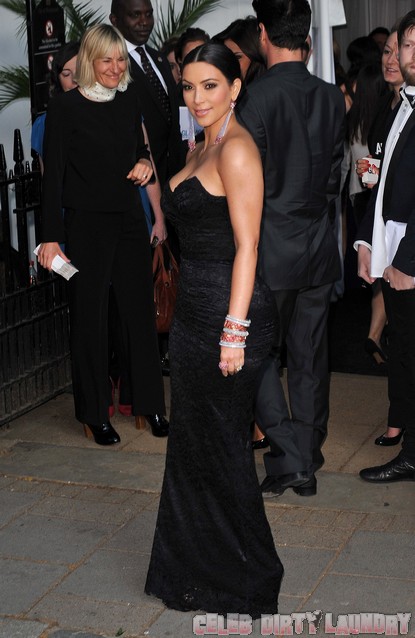 Kim Kardashian is a liar?!?? We would’ve never thought it! Ha, I can’t even stop laughing long enough to write malarky like that.

It all started when In Touch Weekly ran a story claiming that Kim cheated on her fiancee, Kris Humphries with Bret Lockett. Kim called BS on the reports, and even threatened to sue In Touch and Bret.

Now, Bret has come out of the woodwork to say that Kim is lying. Even worse, he has proof! In a new interview, Bret said that he and Kim did in fact hook up while she’s dating Kris.

Bret says that he has phone records, text messages and very personal cell phone photos of Kim – and he’s willing to take the evidence to court if she pushes the issue.

I’m betting that those photos will “leak” soon, don’t you think?